Most want to look like Nicole Sherzinger, but have the personality of Charlotte Crosby.

According to a poll conducted by the goodsurgeonguide, UK’s only cosmetic surgery review website, women between the ages of 18-25 would most like to look like X-Factor’s Nicole Scherzinger but have the personality of Georgie Shores’ Charlotte Crosby.

Over 2500 UK woman of varying ages participated in the goodsurgeonguide the poll, which consisted of multiple choice and open-ended questions asking about personal beauty and celebrity personalities.

When broken down by age, a whopping 85% of the 18-25 year olds said they’d love to look like Michelle Keegan and have the personality of Charlotte Crosby. But socialite Kim Kardashian took the overall top spot in this age group, where participants said if they could have it all they’d swap their entire lives with the reality television and entrepreneur.

British women in their 30s however would love to look more like Nicole Scherzinger and have the sassy and sweet personality of Jessie J. But if they could only choose one woman to swap their entire lives with, they chose Victoria Beckham.

Women in their 40’s surprisingly went with Holly Willoughby with the personality of grumpy ex-loose woman Carol Mcgiffin. Not surprisingly, the woman they’d most want to trade their entire lives with is Kate Middleton.

Finally, women in their 50’s chose Lorraine Kelly as the woman they’d most want to look like, paired with the personality of Sarah Millican. They’d swap lives with Apprentice’s, Karen Brady.

Interestingly Beyonce came 2nd runner up in the 30’s and 40’s categories for people would most like to look like and swap lives.

Christiana Clogg Managing Director and founder of the goodsurgeonguide.co.uk says: “This poll shows it takes a variety of components to make the ideal woman. The most important thing is to love yourself and what you do above all else.”

When asked how she would answer her own poll, Christiana Clogg answered that she’d love to look like the curvatious Sophia Verger from Modern Family, with the sassy wit of Joan Rivers, and if to have it all, swap lives with Will and Grace’s, Karen Walker. 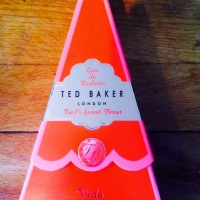